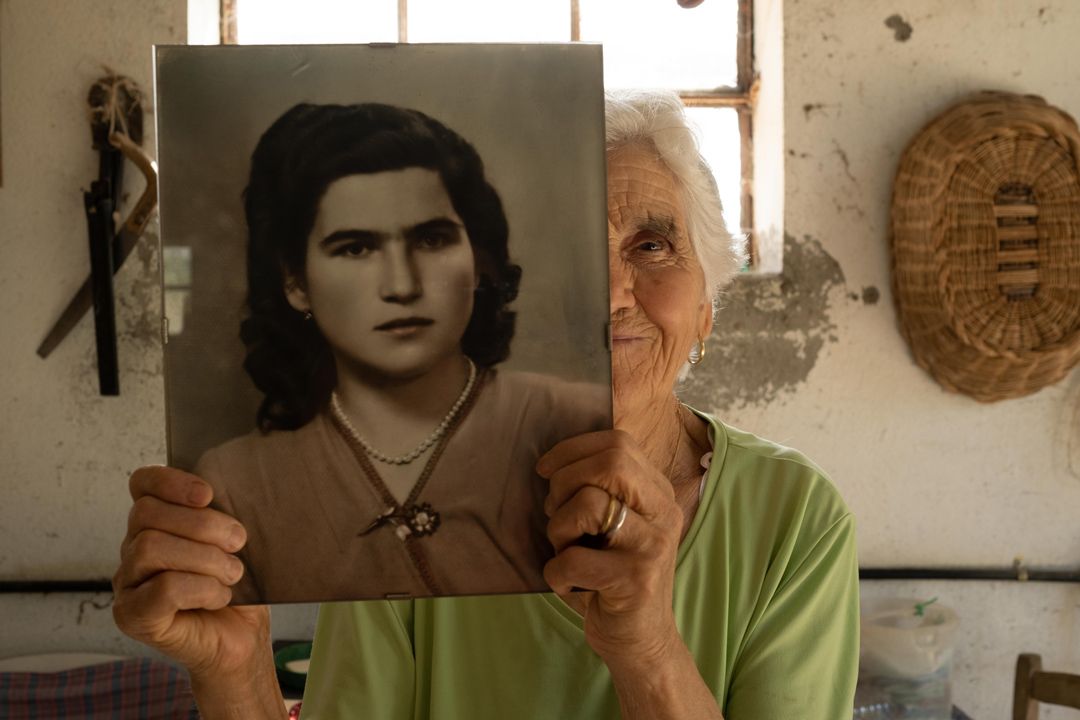 More than eighty years ago a girl was born into a poor farming family in Tuscany, and named Ultimina (the last one) though in fact she was followed by a younger sister, Finis. Ultimina is an animated and expressive storyteller. She shows some old photos and reminisces about how tough her life has been. She married young. Her husband drank and her father-in-law hit her. Ultimina is still angry about how the men made all the rules, she does nothing to detract from her rebellious nature. A portrait of a strong woman, and a portrait of an era.
Ultimina premiered at the latest IDFA in Amsterdam.

“Several years ago, I made a documentary about a pair of twins, farmers, in the Tuscan countryside. During the filming, a curious and vivacious elderly lady would often walk into our shots … That is how I began to make friends with Ultimina … I allowed her to share her tales freely, moving from one subject to another as in a long sleepless night of revelations. In editing I wove the stories into one fluid tale, allowing the spectator to spend real time with Ultimina.” (J. Quadri)

Jacopo Quadri
Acclaimed editor, film director and producer Jacopo Quadri was born in 1964, in Milan. As an editor, he worked on several features and documentaries, more than 90, that were internationally praised and awarded. As a director, Quadri collaborated with Italian directors Mario Martone and Antonietta De Lillo. In 2019, Quadri held a Masterclass at the Trieste Film Festival.