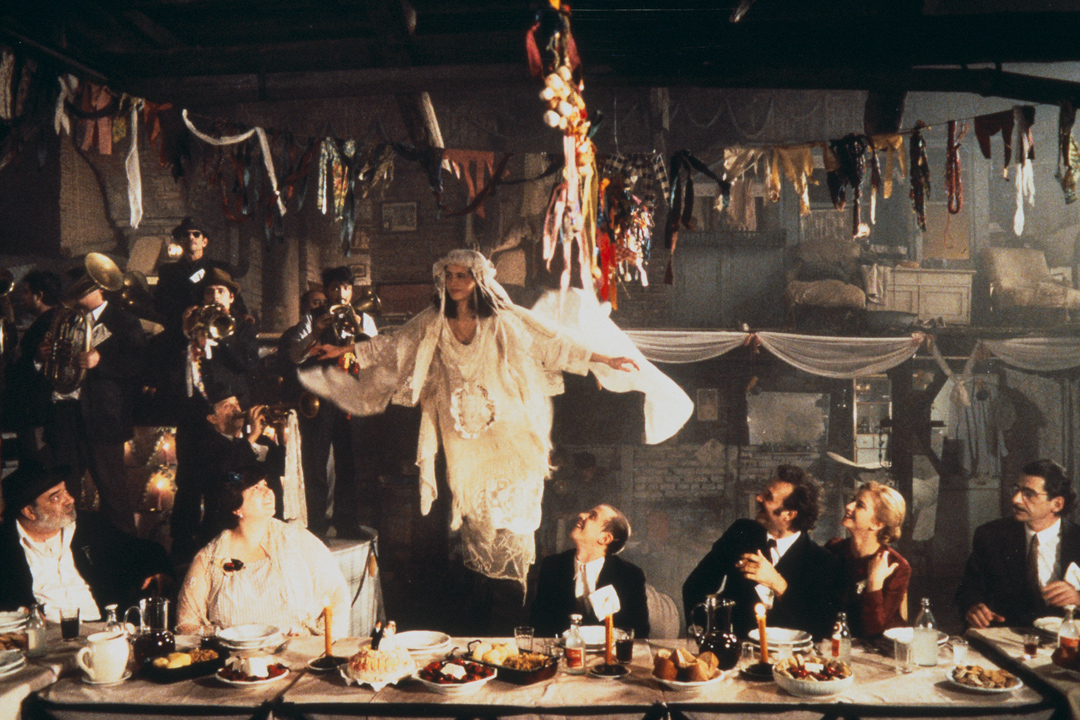 The epic story of two friends to portray a Yugoslav history from the beginning of WWII until the beginning of the Yugoslav wars. Belgrade, 1941. The partisan Marko and his friend Blacky convince their group to find refuge in a tunnel and to make weapons for the black market. Natalija and Marko agree to make everyone believe that the war is still going on and he forces them to live in the tunnel for twenty years while he becomes an important member of Tito’s regime. 50 years later, they become suspicious, and break out of their underground “shelter”, only to convince themselves that Marko was right: the war is still going on.
Palme d’Or at the Cannes Film Festival in 1995.

“I had wanted to shoot a comedy for a long time, but I couldn’t do it because some tragic aspects of my personality invariably took over. This time I had a screenplay that allowed me to dose drama and comedy better. It is a very different film to my earlier ones. I consider it a bit like a ‘best of’ or the result of three or four feature films that mix very contrasting tones and emotions. Man manages to find the strength to survive within himself, even in the worst circumstances. It would have served no purpose to accentuate the tragic character of the situation. On the contrary, it was necessary to show how these people were able to cope with their problems. With this story I wanted to explain how the men and women of my country could live the years of Tito and imagine that they had a ‘good life’.” (E. Kusturica from the film’s pressbook, in Emir Kusturica, edited by Giorgio Bertellini, Script/Leuto series, Dino Audino Editore, Rome 1996)

Emir Kusturica
One of the most acclaimed and award-winning European directors, Emir Kusturica is a Serbian director, musician and producer. He was born in 1954 in Sarajevo. In 1981 Do You Remember Dolly Bell? was awarded Best First Film at the Venice Film Festival, while in 1998 Black Cat, White Cat was awarded Silver Lion for Best Director. He won twice the Golden Palm in Cannes, in 1985 for When Father Was Away on Business and Underground. Arizona Dream in 1993 was awarded Special Prize of the Jury at the Berlinale. Since 2008 he has been organizing the Küstendorf Film and Music Festival in Serbia. The Trieste FF presented a number of his films.