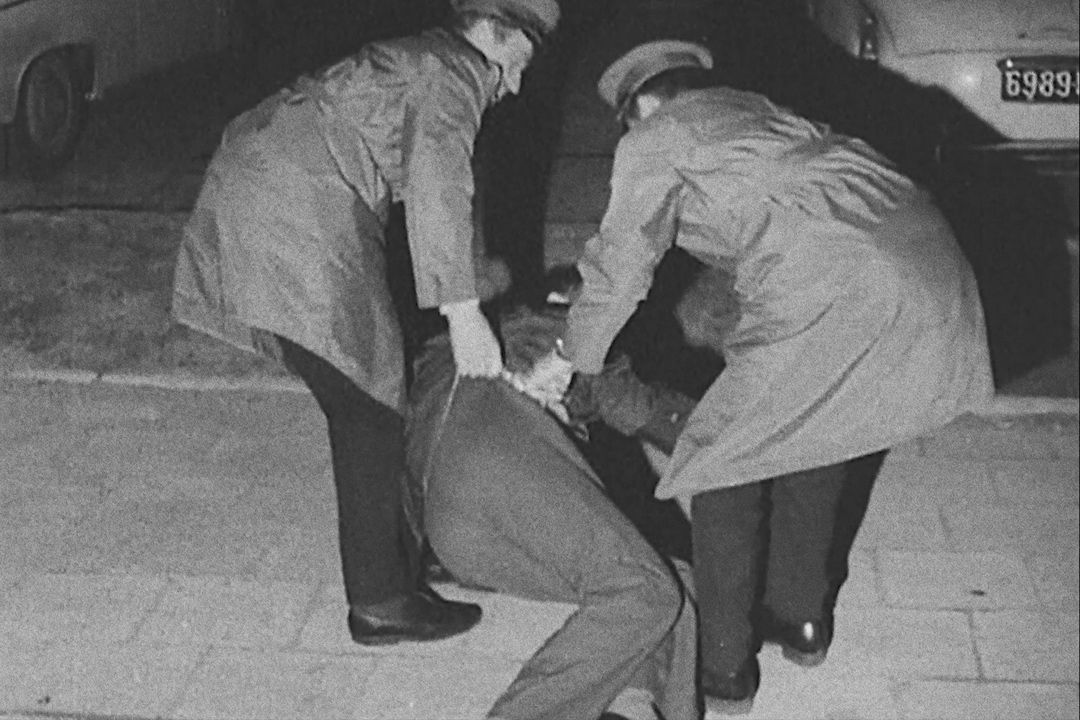 They were everywhere, though they tried to be invisible. Filming from hiding in restaurants, on the street, in shops. They registered illegal bottling of regulated fuel, lovers meeting in the hotel. They wiretapped phone calls with a man living abroad, during which Poles placed orders for hemorrhoid ointment. They filmed interviews during which, through blackmail, they carried out the process of breaking a detainee to persuade him to cooperate. Another time, they interrogated a woman from whom they required detailed billing of household expenses, including the type of meat and the number of butter cubes used.
An Ordinary Country is a found footage creative documentary based on film and videotapes recorded by officers of the Polish communist security services in the 1960s through the 1980s. The film premiered at the latest Visions du Réel International Film Festival in Nyon (Switzerland) – where it was awarded Jury Prize Clinique de Genolier for the Most innovative medium length – and then selected in many international festivals, including IDFA in Amsterdam, Cottbus and FIDBA in Buenos Aires.

Tomasz Wolski
Filmmaker, editor and scriptwriter, Tomasz Wolski was born in 1977, in Gdynia, Poland. He is a graduate of Journalism from the Jagiellonian University and from the Andrzej Wajda Master School of Film Directing. Wolski is a member of Guild of Polish Documentary Directors, Polish Film Academy and European Film Academy (EFA).