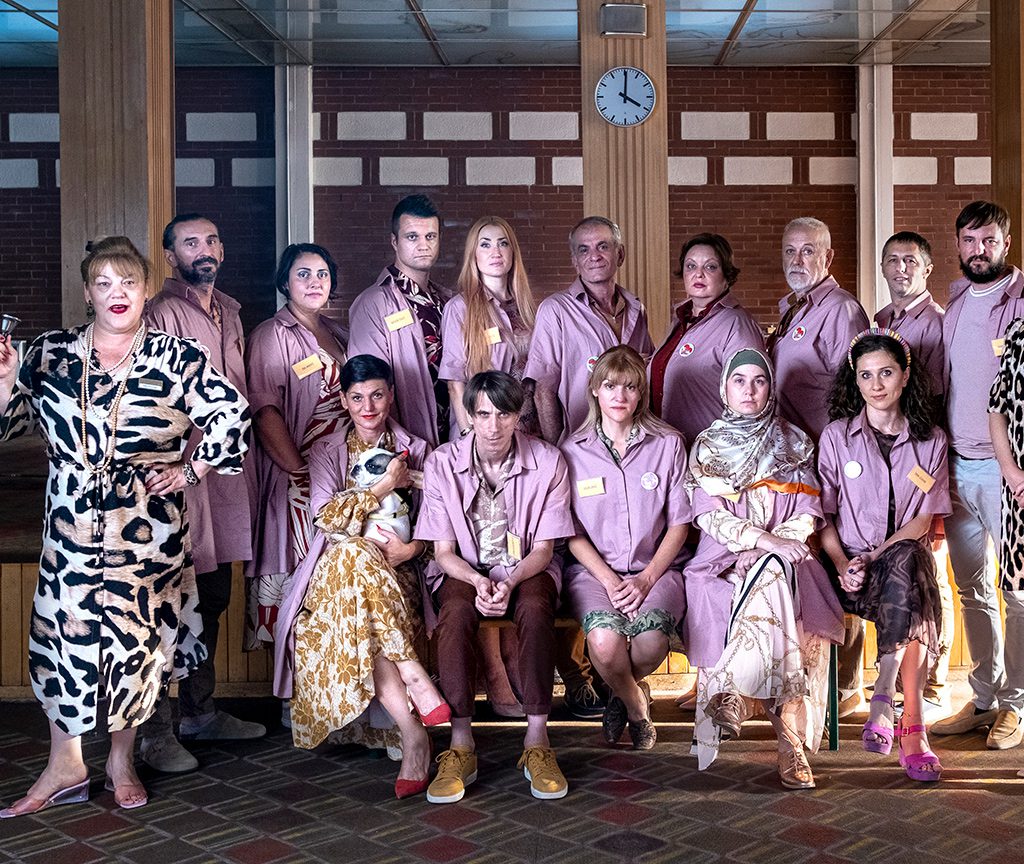 Events and special screenings, TSFF of the Little Ones, book presentations and the live concert of Porto Morto on the first day of Festival

The first day of screenings of the 34th edition of the Trieste Film Festival will be entirely set at the Teatro Miela, beginning at 10:30 a.m. with the TSFF of the Little Ones, the Festival’s program for the youngest audience. The day will start with PAT A MAT: KUTILSKÉ TRAMPOTY by Marek Beneš CZ, 2019, col., 62’ (Pat & Mat: Handymen ‘s Adventures). The main characters Pat and Mat are two neighbours, and they both have a passion for DIY… but are extremely messy and cause hilarious disasters! Wait and see, you’ll be laughing out loud! Recommended for children aged 3-10. The workshop PAT E MAT: TWO BRILLIANT OAFS! will take you behind the scenes of their cartoon and you’ll get to know these two endearing characters through the creation of their animated story (Recommended for children aged 8-10 Booking required: prenotazionitsff@gmail.com). At 4:00 p.m. children will be able to see TVOJAZEM by Peter Budinský SK, B, CZ, 2022, 85’ (Journey to Yourland) in its English original version. Together with his most loyal companions, a robot and a goldfish, young Riki has fantastic adventures every day. After chasing a mysterious distress signal, Riki is led to a magical world called Yourland… A great animated film for those who dare to let their imagination run wild! Recommended for children aged 6-12.

At 4:30 p.m. there will be a replication of the workshop PAT E MAT: TWO BRILLIANT OAFS!

At 6:00 p.m. the focus will be on the world of sport, with the presentation of the book L’Uomo Che Raccontava Il Basket by Sergio Tavčar at the Theatre Miela, session that will be lead by the journalist Giovanni Marzini and Mauro Daltin for Bottega Errante Edizioni.

At 8:00 p.m. the special event NAJSREḰNIOT ČOVEK NA SVETOT by Teona Strugar Mitevska NMK – B – SL – DK – HR – BIH, 2022, 95’ (The Happiest Man in the World) in its original Bosnian version will take the audience back at the Teatro Miela. The author of the movie will be present to introduce the story of Asja, a 40-year-old single woman that lives in Sarajevo. In order to meet new people she ends up spending her Saturday at a speed dating event. She matches with Zoran, a 43-year-old man. However, Zoran is not looking for love, rather forgiveness. The Happiest Man in the World premiered at the “Orizzonti” section of the 2022 Venice Film Festival.

Later on, at 10:00 p.m., the out-of-competition feature film LA LUNGA CORSA by Andrea Magnani I – UA, 2022, 88’ (Jailbird) will be presented. For Giacinto, prison has always been his home. Prison is the place where Giacinto learnt to walk and to love. He feels that life outside the prison walls is not for him. At the first opportunity, Giacinto escapes from the outside world and returns to prison where he feels safe. One day he takes part in a running race that will change his life. The film premiered at Tallinn Black Nights Film Festival 2022 and in competition at TurinFF. The author will be present at the screening.

In the meantime, from 9:00 p.m. Hangar Teatri will be hosting the live concert of the Croatian band Porto Morto, one of the most astonishing revelations in the regional music scenario of recent times. Enigmatic style, the band’s sonorities range from progressive pop to art rock and indie electronic. Their performances are true visual and theatrical expressions.

We inform the audience that Saturday the exhibition DIVE, DIVNE, DIVINE Actresses that have crossed borders will be open at the gallery Cavò – via San Rocco, 1 (Tuesday > Saturday 5:00 p.m. – 7:30 p.m.), and that those who are interested can apply for the tour DONNE E LAVORO: LA TRIESTE OPERAIA UNA STORIA AL FEMMINILE by Marzia Arzon (on Sunday the 22nd of January – 11:00 a.m.), and for the Cinebrunch (also on Sunday the 22nd of January) here: prenotazionitsff@gmail.com.