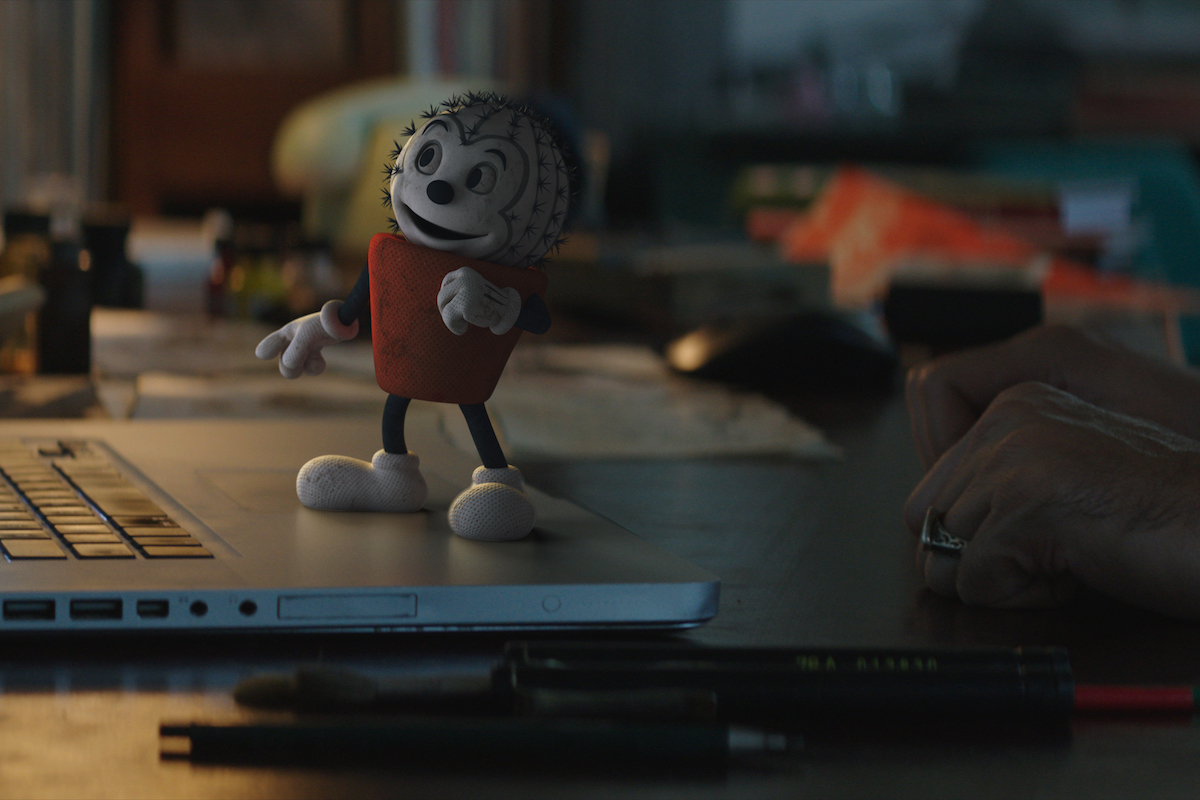 AT POLITEAMA ROSSETTI THE GENTLE INDIFFERENCE OF THE WORLD, ONE DAY, DONBASS, ERASED FOR THE FEATURE FILM COMPETITION

The day starts at 11:00 at Politeama Rossetti with Barbara by Christian Petzold (D, 2012, col., 105’) for the section ‘Tales from the Berlin Wall’. It’s summer 1980 and Barbara is a doctor who has requested an exit visa from East Germany. As a punishment, she is transferred from Berlin to a small province hospital. The movie was in competition at Berlinale 2012, where Petzold won the Silver Bear.
Opening the feature film competition at 14:00, The Gentle Indifference of the World (Laskovoe Bezrazličie Mira) by Adilchan Erzanov (KZ-FR, 2018, col., 100’). After her father’s death, Saltanat is sent to the city by her mother to marry a man who has accepted to pay off  the family’s debts.  Her loyal but broke admirer follows her to make sure the girl is safe. From life in the countryside to the cruel reality of the city, a tender love story among mafia and Camus quotes. Premiered at the latest Cannes Film Festival in the “Un Certain Regard” section.
For the documentary competition, scheduled at 16:00 the screening of Putin’s Witnesses (Svideteli Putina) by Vitalij Manskij (LV-CH-CZ, 2018, col., 107’): Manskij was present to witness the moment of change when Putin was elected President of Russia, on December 31, 1999. The great documentarist opens his archives and digs into the materials of his film documenting Putin’s first year as President through mostly unreleased images, reinterpreted and commented. The author will attend the screening.
Back to the feature film competition at 18:15 with One Day (Egy Nap) by Zsófia Szilágyi (H, 2018, col., 99’). Anna is 40 and always in a rush. She has three kids, a husband, a job and some financial problems. She meets deadlines, takes care of things, buys groceries and remembers everything, but she never manages to spend some time with her husband. Will she be able to save what is so fragile and unique in her life? The feature film was presented at the latest ‘Semaine de la Critique’.  The author will attend the screening.
At 20:00 and 22:15, respectively, the last two feature films in competition:  Donbass by Sergej Loznica (D-UA-F-NL-RO, 2018, col., 121’) ed Erased (Izbrisana) by M. Mazzini and D. Joksimović (SLO-HR-SRB, 2018, col., 86’).
Donbass is a surviving manual in Donbass in 13 lessons. When war is called peace, when propaganda is uttered as truth, when disdain is mistaken for love, life starts to resemble death. A practical guide to Hell. Opening film of  “Un Certain Regard” section in Cannes, where Loznica was awarded as Best Director. The author will attend the screening.
In Erased Ana is a single mother who after giving birth discovers that she doesn’t belong to the system. Neither her nor her newborn baby officially exist. The film tells the story of what happened to Slovenian people born in the wrong side of a country that doesn’t exist anymore. Based on the book of the same title written by director Miha Mazzini. The author will attend the screening.

The programme of Cinema Ambasciatori starts at 11:00 with the documentary out of competition  Greetings from Free Forests by Ian Soroka (USA-SLO-HR, 2018, col. & b-w, 98’).  Drifting through the forest landscape of southern Slovenia, the documentary shows stories emerging from the land itself, measuring the gap bewteen an event of popular resistance still living in the memories and a n uncertain present. A film born from a territory where memories of the partisan war merge with the treasures of Slovenian Film Archive and the beauty of woods.
At 14:30, the first documentary in competition of the day is The Distance Between Me and Me (Distanta Dintre Mine Si Mine) by Mona Nicoara and Dana Bunescu (RO-USA, 2018, col. & b-w, 89’). The film provides a portrait of Nina Cassian, mezmerizing artist whose life was torn between ethics and aesthetics, striving to protect her poetry thorugh fascism, communism and an unwanted exile into late capitalism. A troublesome intellectual, from  Ceausescu’s Romania to her final years in America. The author will attend the screening.
At 16:30, for ART&SOUND, The Final Adventure of Kaktus Kid (Poslednja Avantura Kaktus Bate) by Dorde Marković (SRB-HR, 2018, col., 62’). The author investigates the life and death of Veljko Kockar, author of the comic book Kaktus Kid which became an absolute cult for other big personalities starting from Robert Crumb, killed at the end of Worl War II because of his drawings. Zograf discovers the tragic destiny of a genius young man in the post-war Yugoslavia, without giving up the idea of animating his character. The author will attend the screening.
At 18:00 will take place the special short films event Cartolina de Momjan by Igor Bezinović (HR, 2018, col., 5’), a psychological-geographical exploration of Momiano village, fully narrated in Istrian dialect. The author will attend the screening.
Following the screening, the short film competition with A Room for a Student (Pokój Studentowi, Tanio) by Rafal Samusik (PL, 2018, b-w, 28’), Bobo by Andrej Rehak (HR, 2018, col., 14’), Peloid by Bojan Stijović (MNE, 2018, col., 18’), Eraser (Sashleli) by Davit Pirtskhalava (GE, 2018, col., 18’), Caucasus (Kaukazas) by Laurynas Bareiša (LT, 2018, col., 14’), Patision Avenue (Leoforos Patision) by Thanassis Neofotistos (GR, 2018, col., 13’) and Reconstruction (Rekonstrukce) by Jirí Havlíček and Ondrej Novák (CZ, 2018, col., 16’). The authors will attend the screening.
Closing the documentary conmpetition, A Minor Genocide (Mala Zaglada) by Natalia Koryncka-Gruz (PL, 2018, col., 72’) at 20:30 and Before Father Gets Back (Sanam Mama Dabrundeba) by Mari Gulbiani (GE-F-D, 2018, col., 75’) at 22:00. The authors will attend the screening.
A Minor Genocide mixes together documentary and animation in a fascinating way. it’s the story of a family through the eyes of three women: mother, daughter and granddaughter. But it’s also the story of a war trauma passed through generations, from different angles and it’s about a terrible pogrom, now almost forgotten in the modern Ukraine.
Before Father Gets Back: many talks about jihadists and their violence, but no one has given voice to their families back home yet. Two girls are growing up in a village among the mountains of Georgia from which come some of the Isis leader. Radical Islamism tries to repress them as they want to express themselves and explore the world.

At 11:00, at Caffè San Marco, the usual Q&A meeting with the authors.
At Caffè Rossetti instead, at 17:00 will take place Sergej Loznica Masterclass, one of the most important Ukrainian directors at european and international level. Among his many works, TSFF has already presented in competition the documentaries Landschaft, Fabrika, Blokada and Predstavlenje. In 2011, the festival has dedicated a tribute to the director, while in 2013 with V Tumane (Anime nella nebbia) he won the best feature film award. His latest feature film Donbass won the “Un Certain Regard” award at the 71 Cannes film festival.
At the CEI conference room, at 17:00, appointment with the #Triesteplurale: omaggio a Patrizia Vascotto, a meeting with many speakers to remember Patrizia Vascotto, a cultured intellectual and a courageous and intelligent person who passed away in 2018. The #Triesteplurale hashtag is only one of the many initiatives by Patrizia, who always strived to create networks and connections between new and old cultures of Trieste. The meeting is in collaboration with CEI and Gruppo 85 – Skupina 85.
Ending the day at 21:00, at Teatro Miela, the show  Inside a dream with Aleksandar Zograf joins music, images and words in an oneiric journey that guides the  guides the spectator through the imagery of the serbian comic writer. The soundtrack of this exploration includes modern lullabies, extracts from the tradition of folk , rock and jazz composed at the edge of the night and performed on stage by the Malebolge band.[:]