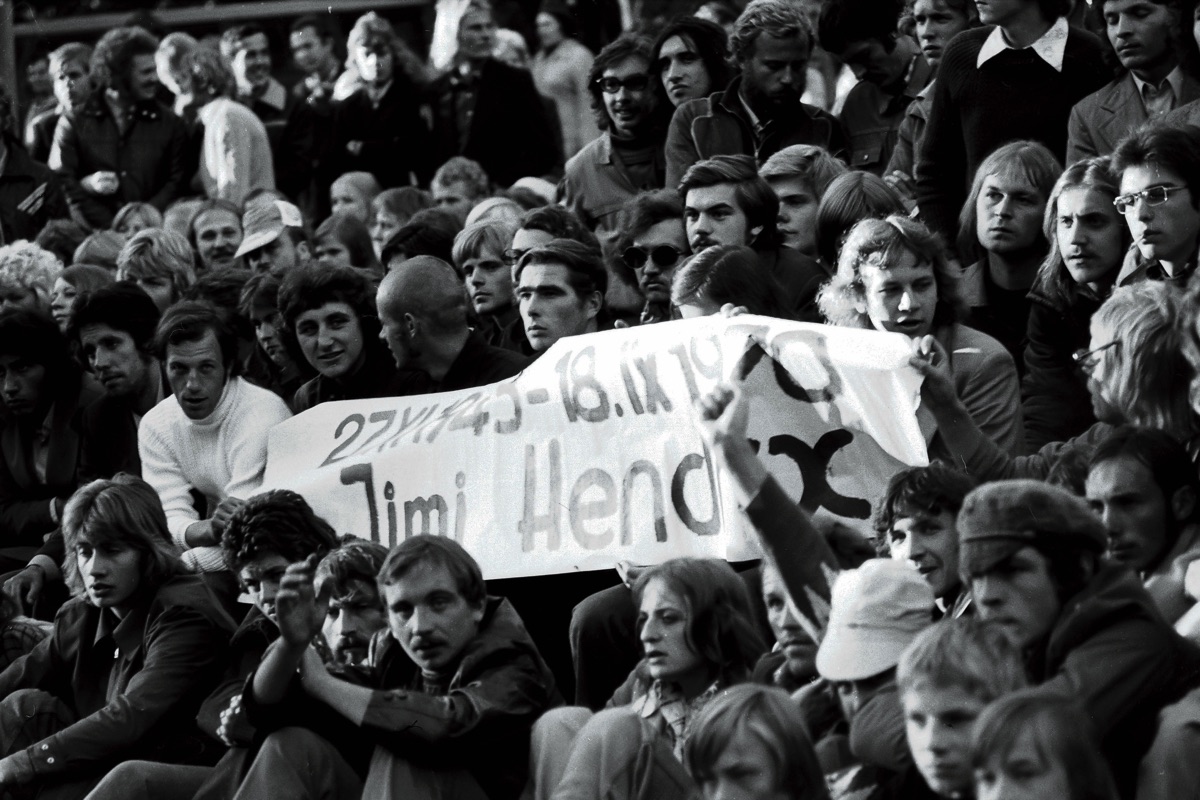 The schedule is packed for Saturday January 20th at Teatro Miela.

The first appointment of the day is at 11am with a conference on the new Italian cinema law. The world of Italian cinema and audiovisual media has recently been affected by Law 220/2016 which has made significant changes to this sector. The conference “The new cinema law: safeguards, innovations, perspectives” will then address the most relevant aspects of national legislation on copyright. Free entry.

In the afternoon Art&Sound presents three compelling documentaries: the first one, at 2:30pm, is HANSA STUDIOS: BY THE WALL 1976-90 by Mike Christie. David Bowie, Iggy Pop, Depeche Mode, Nick Cave, U2, Einstürzende Neubauten, Nina Hagen: there are few recording studios in the world that have hosted such an exceptional list of musicians as the Hansa Studios in Berlin. Here, internationally renowned artists produced hit after hit in a unique studio complex that stood almost alone in the desolation of Potsdamer Platz, in the west of the city, just a few metres from the infamous Berlin Wall. The director will be present.

The second screening of the day, at 9pm, is SOVIET HIPPIES by Terje Toomistu. An unexpected journey, pop and colorful, on the footsteps of the Soviet Hippies to discover that in the ’70s an underground psychedelic movement existed in that part of the world too. Thrilled by rock music, inspired by the cult of peace and love, the young longhaired drop-outs craved freedom and created their own alternative system – also through meetings like Woodstock – despite the strict regime of the Soviet Union. The director will be present.

Finally, at 10:30pm, JA GAGARIN by Olga Darfy. At the beginning of the ‘90s, when the URSS collapsed, some DJs turned to techno music and LSD and Moscow’s heart started to beat with a very different rhythm. The director Olga Darfy remembers her city, her youth and everything she lived in her 20s. The director will be present.

REBELS 68 east’n’west revolution presents an exploration on 1968 as it was lived in Yugoslavia through the new movie by Nenad Puhovski GENERACIJA ’68 at 4pm, followed by two films made in 1969, both by Zelimir Zilnik, LIPANJSKA GIBAJNA (June Turmoil) at 5:30pm, and after that RANI RADOVI (Early Works).

At 7pm Nenad Puhovski and Zelimir Zilnik will meet the public in a panel hosted by the critic Ivan Velisavljević.

The Eastern Star award is given to personalities in the cinema industry that through their work have given their contribution to build a bridge between eastern and western Europe. This year, the award goes to the Croatian actor, playwright, poet and musician Rade Šerbedžija. An artist who is comfortable in cinematic productions from every latitude: form ex-Yugoslavia (Before the Rain by Milcho Manchevski, Leone d’oro in Venice), to Italy (The Truce by Francesco Rosi, The Sweet Sounds of Life by Giuseppe Bertolucci, and Shun Li and the Poet by Andrea Segre), to its many roles with renowned American directors such as Stanley Kubrick (Eyes Wide Shut), John Woo (Mission: Impossible II) and Clint Eastwood (Space Cowboys). But the award does not only give recognition for an exceptional artistic career, but also for the dedication shown in civilian matters, never compromising on his openly brave position against war.”

Saturday is also the first of the two days devoted to TSFF Little Ones: the Theatre Miela “ridottino” hall will host at 11:00 the Cine-Collage: Lab for Little Directors, by Collettivo SuperAbile, while at 16:00 we’ll have #PAPERrevolution by Annalisa Metus, lab for creating pop-up books.

We also remind you that at 18:00 Theatre Miela “ridottino” hall there’ll be the presentation of Camera di Specchi,  project devoted to the development of professional skills in cinematography and integration, inclusion and social promotion paths. This edition’s focus, Camera di Specchi SOUND, was addressed to young musicians, music producers and composers from Friuli-Venezia Giulia and neighbouring countries. Under the supervision of Teho Teardo (composer for Garrone, Sorrentino and many others) the participants produced the soundtrack for the docu-shortfilm Ferro (Iron), made on purpose by Giovanni Ortolani.

Whereas from 18:00 to 21:00 at Cavò in via San Rocco 1 there’ll be the performance Babatwoosh Digital Clairvoyant. Babatwoosh, the digital clairvoyant from Iceland will be for the first time in Trieste at Cavò with her charismatic presence and her physical/digital touch exploring in a new way the Darshan, the meeting with the Master. Different every time, the Darshan ritual will allow the people to watch the Master, being touched by the sonic vibration of Tecno-Mantra, to receive the transformation embrace that will change forever the consciousness of the double world. Free entry with compulsory enrolment via mail info@cizerouno.it.

Daily or single screening tickets can be purchased directly at Teatro Miela ticket office half an hour before the first screening.[:]