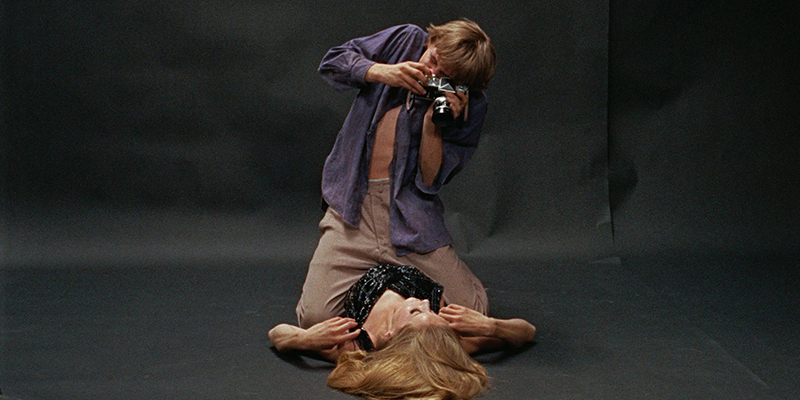 The last meeting with the authors takes place, as usual, at Caffè San Marco at 11am.

At the same time, the city walk “La Porta Rossa” begins from piazza Oberdan, guided by Elisa Grando. A bus tour to visit the outskirts of the city, to discover locations where the famous Italian television series was filmed. Moreover, thanks to special devices, the participants can visit inaccessible locations and listen to the stories of those who worked on the set.

The first screening at Politeama Rossetti is at 11am for the retrospective Rebels 68. east’n’west revolutio with The Dreamers by Bernardo Bertolucci. The wishing machine is at work with the perverse duo Louis Garrel/Eva Green, which causes a scandal because sexually it is the same person, grappling with the guest-spectator. An amazing sequence in flight to the Cinémàtheque, the only landing and box of wonders whence emerge the ghosts of Godard’s Bande à part. 1968, a work-in-progress measuring up with the disciplinary left of its fathers, breaks through the glass of the window with a cobble, and initiates the May battles. At the end of the screening, Cafè Rossetti will host and cater the Cinebrunch!

The screenings resume at 2:30pm after the brunch break, again with Rebels 68. east’n’west revolution, with Blow-Up of “Blow-Up” by Valentina Agostinis. A film on the work that has captured the spirit of an epochal world-shaking revolt, in the artistic and existential centre of the world, 50 years after its Cannes Golden Palm. Interviews, photos, shots of the location sets, now gentrified (between Kings Road and Prince Place, Edith Grove Road and Marion Park) and a dig at the “feeling of reality” of Antonioni who invents an essay/narrative cinema able to narrate its own production. Film screening in the presence of the director.

At 4pm Michelangelo Antonioni’s Blow-Up closes the retrospective Rebels 68. east’n’west revolution. A conceptual and poetic Antonioni, “pop neorealist of the metropolitan landscape”, does not solve a thrilling plot but reveals the process of the critical and scientific analysis. In order not to mystify reality we must first demystify ourselves and the shooting technology used, even at the cost of going against the society of the spectacle. Power to (fertile) imagination.

At 7pm, the Award Ceremony begins to draw up the conclusion of this 29th edition of the Festival.

A special event follows, the screening of the documentary Bora over Trieste by Gianni Alberto Vitrotti. In 1953, at the 14th Venice Film Festival, the short film Bora su Trieste was invited to the documentary and short films section. To make the film, Gianni Alberto Vitrotti worked on the project for two years, filming in the windiest parts of the city. The film achieved a resounding success and won the Silver Lion. Restored version by the Gemona film archive.

The closing screening for this 29th edition is The Nearest Elsewhere. A Journey to Slovenia di Elisabetta Sgarbi. Slovenia, as it is in the words and eyes of Paolo Rumiz, in the verses of the poet Alojz Rebula, and in the memories of Claudio Magris: a journey through a country next door, its language, its landscape and its similarities to Italy.[:]