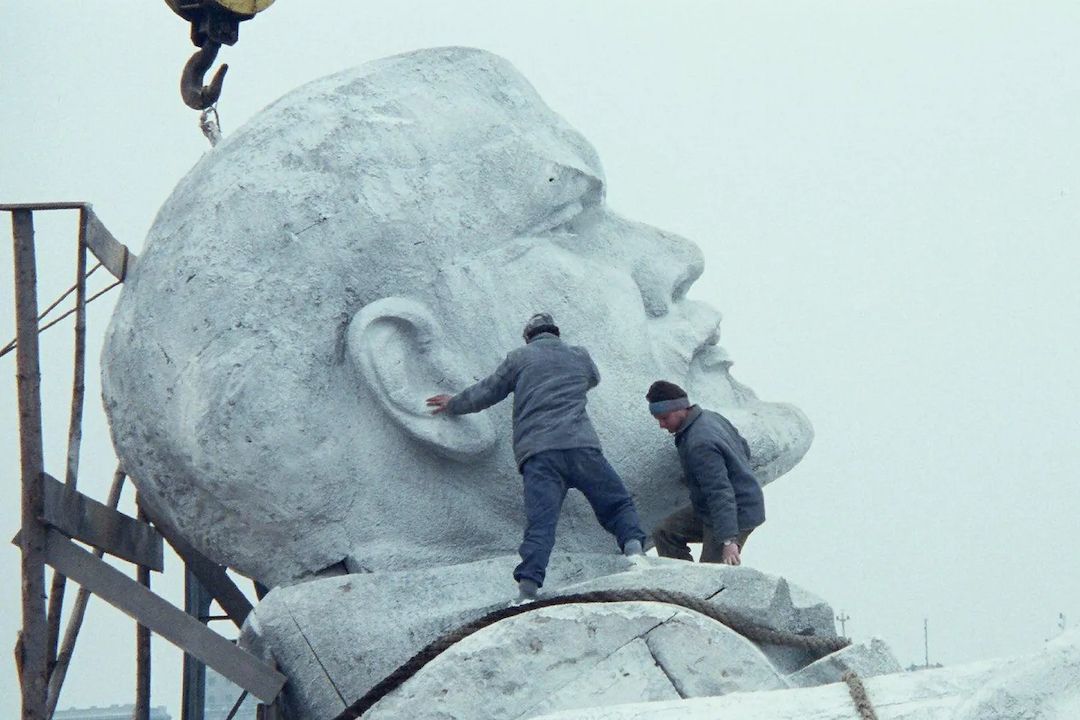 The final A coffee with… revisits a conference 30 years ago. “Identity, border. Geographies, models, representations” is the book, edited by Mimesis, consisting of unpublished records of the conference “Identity and borders” organised in 1991 by Alpe Adria Cinema. Over forty authoritative voices, including film historians, writers and philosophers, reflect on the theme of identity and borders. The conference will be presented at 11:00 by curator Leonardo Quaresima with Nicoletta Romeo and Fabrizio Grosoli.

From 14:00 the focus on Polish cinema Wild Roses: Women Filmmakers in Europe will feature 3 films. We begin with SOMETHING BETTER TO COME by  Hanna Polak, DK – PL, 2014, col., 110’, Russian o.v., eng. subt.
Her name is Yula. Her home is the largest garbage dump in Europe on the outskirts of Moscow. This is the story of her life. Something Better to Come premiered in 2014 at IDFA in Amsterdam, where it received the Special Jury Award. It also won Best Documentary at the 26th Trieste Film Festival.

We continue at 16:00 with DZIKIE RÓŻE (Wild Roses) by Anna Jadowska, PL, 2017, col., 89’, Polish o.v., eng. subt.
Ewa, 27, has a secret she is desperately trying to keep. While her husband is away working abroad, she gives birth to an illegitimate son and secretly puts him up for adoption. An honest look at the dilemma of motherhood.

At 17:45 it’s the turn of the Italian premiere of WIEŻA. JASNY DZIEŃ (Tower. A Bright Day) by Jagoda Szelc, PL, 2017, col., 106’, Polish o.v., eng. subt. In the midst of Mula’s family’s preparations for her daughter’s First Communion, Mula’s long lost sister, Kaja, pays them a visit. The reunion is not a happy one, as Kaja is feared by the whole family.

The CLOSING NIGHT begins at 19:45 with the announcement of the competition winners of the 32nd edition of Trieste Film Festival

At 21:00 our Special Event section brings us the film TO VLEMMA TOU ODISSEA (Ulysses’ Gaze) by Theo Angelopoulos, GR – F – I – D – GB – YU – RO – AL – BIH, 1995, col. & b-w, 176′, English – Greek – Albanian – Serbo-Croatian – Romanian – Macedonian – German o.v., eng. subt. A Greek-American filmmaker, known simply as A., returns to his hometown in northern Greece for a screening of his latest controversial film. His real reason for coming back, however, is to track down three long-missing reels of the film by the Manaki brothers, legendary pioneers of cinema who travelled through the Balkans ignoring national and ethnic strife, recording ordinary people, especially craftsmen, on film.

At 23:00 we finish with the TSFF PARTY, the farewell event of the Trieste Film Festival. The event is upon registration on the Zoom platform and is published on the Festival’s social pages. The “master of ceremonies” will be the DJs Zwei Knödel, aka Laura Bussani and Maddalena Della Libera.