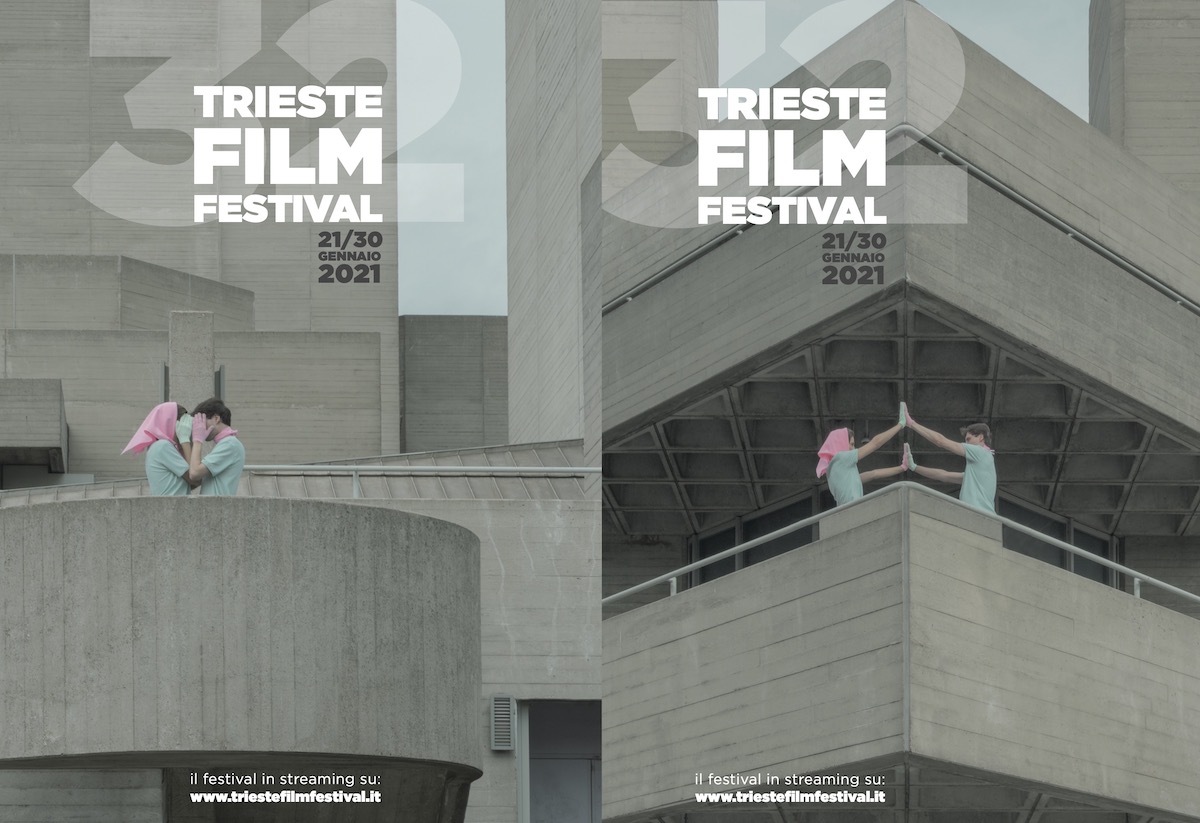 The Trieste Prize awarded by the jury (Paolo Bertolin, Adina Pintilie, Ewa Puszczyńska) to the Best Feature-Length Film in competition (5,000 euros) goes – unanimously – to BEGINNING by Dea Kulumbegashvili (Georgia/France) for the following reasons: “A debut of rare directorial confidence and pristine stylistic coherence, creating a cinematic world of images, sounds and performances (a special nod goes to the astounding lead actress) constantly questioning the viewer’s stance on its bewildering yet deeply affecting narrative.” The jury also awarded three special mentions: to EXILE by Visar Morina (Kosovo, Germany, Belgium) for “an unsettling exploration of the psyche of a migrant struggling to integrate, conducted through the means of an anxiety-inducing psychological  thriller.” ; to MY MORNING LAUGHTER by Marko Djordjevic (Serbia), “an endearing dramatic comedy, orchestrated with impeccable direction and performances, enhanced by a script that stays true-to-life, while subtly subverting tropes.” ; and to SO SHE DOESN’T LIVE by Faruk Loncarevic (Bosnia and Herzegovina), “a thought-provoking work that relentlessly yet rigorously exposes the despairing ordinariness of gender violence, bravely intersecting gender and national identity politics.”

The Alpe Adria Cinema Prize awarded by the jury (Heidi Gronauer, Eszter Hajdú, Leena Pasanen) to the Best Documentary in competition (2,500 euros) goes to ACASA, MY HOME by Radu Ciorniciuc: “What came first? The desire of a Roma family to move out from society, or the racism that drove them away? Their isolated existence on an island was not tolerated by mainstream society before, and now they face the discrimination of the city’s inhabitants. This is a sound example of a community whose existence, not its way of life, is targeted by hate wherever it goes.”

The Osiride Brovedan Foundation Award has been given by the jury (Alessandra De Luca, Dimitra Karya, Andrijana Sofranić Šućur) to the Best Short Film in competition (2,000 euros) to BEYOND IS THE DAY by Damian Kocur “For its original perspective, enriched by an interesting formal research, with which the director tells of the encounter with the ‘other’, between two men united by the need to share the loneliness they both feel, and to be able to communicate using a language that transcends borders.” The special mention goes to GOADS by Iris Baglanea: “an imaginative, mature, deeply thought-out and wonderfully shot film. The jury was also impressed by the director’s remarkable skill in working with children and animals.”

The films from the three competitions have also been “judged” by the public, who, with their film passes, have followed the festival on MYmovies and with their votes, have declared the winners of the Public Award. Best Feature-Length Film: FATHER by Srdan Golubovic; Best Documentary: TOWN OF GLORY by Dmitrij Bogoljubov; Best Short Film: LOVE IS JUST A DEATH AWAY by Bára Anna Stejskalová.

Born on the eve of the fall of the Berlin Wall (edition “zero” dates back to 1987), Trieste Film Festival is the leading Italian festival on Central Eastern European cinema. For thirty years, it has offered the Italian, or more generally, Western public, a special insight into a world of cinematography and creators otherwise rarely (or never) explored. More than just a Festival, the event is a bridge which brings together the places which make up cinematic Europe, discovering names and trends destined to establish themselves on the international scene.

Below is a list of the other prizes awarded.

The Corso Salani Award 2021 (4,000 euros) has been awarded by the jury (Grazia Paganelli, Donatella Palermo, Carlo Michele Schirinzi) to the section’s best film, offered by Trieste Film Festival, Associazione Corso Salani and Vivo Film, in collaboration with RAI 3 – “Fuori Orario” (“Out of Hours”), goes to ULTIMINA by Jacopo Quadri: “Ultimina, with her energy and sweetness, establishes herself as narrator of a past set in the rough surroundings in which she lives. Her experience is that of an entire country, her gestures come from afar and are interwoven with photographs and words. Jacopo Quadri’s portrayal of her is skillful, engaging, attentive, sensitive and full of respect. His filming is capable of capturing her with delicacy, finding in each shot and each story the right distance and tone. A seemingly simple film, which is in reality intense and clear.”

The SkyArte Award from the Sky Arte HD, which will premiere one of the films from the section TriesteFF Art&Sound on its channel, has been awarded to AZNAVOUR BY CHARLES by Marc di Domenico, with a special mention to HOMECOMING by Boris Miljković.

The Premio Osservatorio Balcani e Caucaso Transeuropa for the best documentary in competition goes to ONCE UPON A YOUTH by Ivan Ramljak. They describe the film as “the director’s intimate journey into the story of Croatian photographer Marko Čaklović. Through the artist’s photo and video material and the voices of his friends, the film depicts Čaklović’s youth in Croatia at the turn of the millenium. The film’s narration brings us closer to the protagonist’s artistic heritage and depth. Turning the set into a place of collective confession, Ramljak narrates years of creativity, liberation, hedonism, and youth destructiveness of post-war Croatia’s lively cultural scene.”

The CEI Award (Central European Initiative), for the film which best interprets contemporary reality and the dialogue between cultures, (3,000 euros) goes to FATHER di Srdan Golubovic.

The Cineuropa Award for the best feature-length film in competition goes to SWEAT by Magnus von Horn “for delivering a story you will feel first in your muscles, and then in your mind. With the help of a tour-de-force performance from Magdalena Koleśnik he shows how to build – or break – an influencer, depending on what is ‘trending’.”

The Tënk Award, awarded to the best film in the Corso Salani 2021 Award section and consisting of the acquisition of the film for the platform, goes to DIVINAZIONI by Leandro Picarella.

The PAG Jury Prize – Progetto Area Giovani del Comune di Trieste (Youth Area Project of the Municipality of Trieste, awarded by a jury of young people between 18 and 35 years old, representatives of youth associations for the best short film in competition, goes to AKTŪRIMAS by Laurynas Bareiša for the following reasons: “Through originality and essentiality, the director achieves training aimed at raising the viewer’s awareness on the issue of gender inequality, a current and omnipresent theme in everyday life”. A special mention goes to GOADS by Iris Baglanea: “Death is the point of departure of an introspective journey lived through the eyes of two children and a cynical father, in a mix of attitudes, the result of a script that is at times philosophical”.

The Eastern Star Award, which recognises a figure from the world of cinema whose work has contributed, like the Trieste Film Festival, to building a bridge between Eastern and Western Europe, goes to MIKI MANOJLOVIĆ.

The Cinema Warrior Award which recognises the dedication, sacrifice and madness of those “warriors” – whether they are individuals, associations or festivals – who work (or rather, fight) behind the scenes for Cinema, is awarded to the Association U.N.I.T.A. – UNIONE NAZIONALE INTERPRETI TEATRO E AUDIOVISIVO (NATIONAL UNION OF THEATRE AND AUDIOVISUAL.