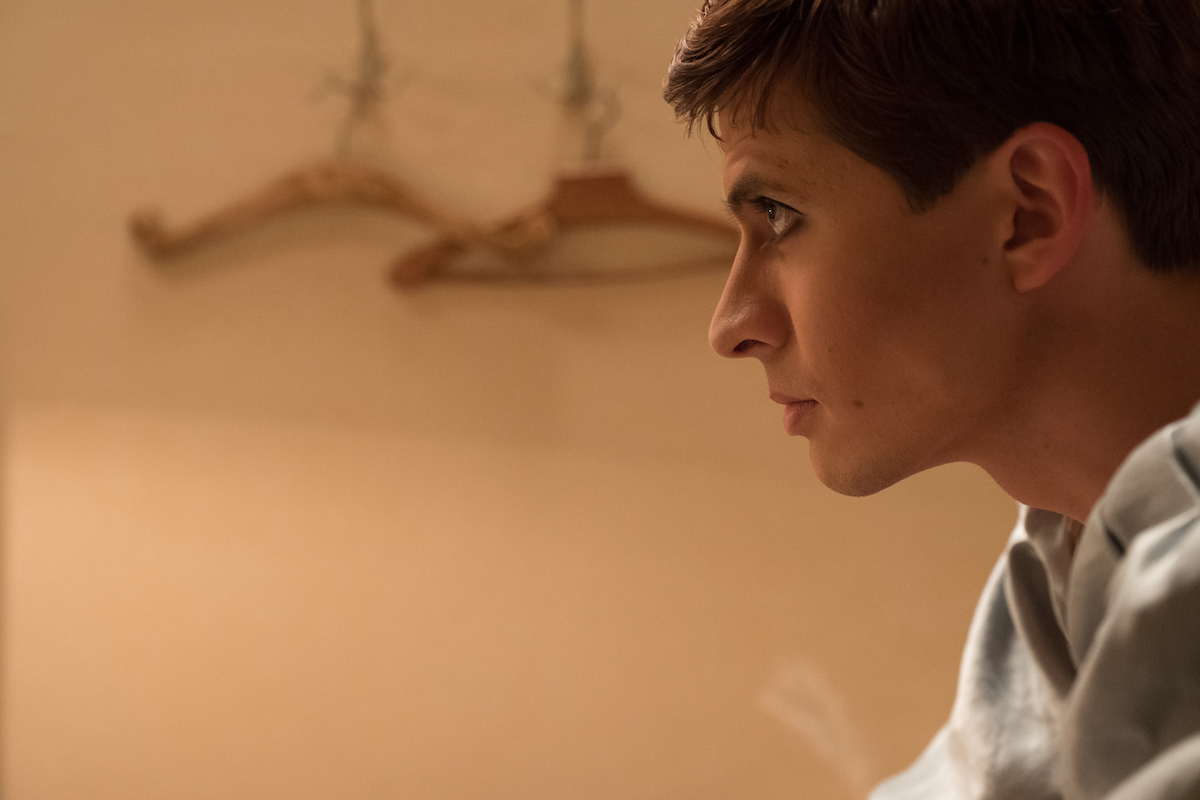 DOC, BORN IN TRIESTE AND ART&SOUND TODAY AT CINEMA AMBASCIATORI

First of all we are sorry to announce that the masterclass with Ildiko Enyedi has been cancelled due to some private family reasons of the authors who had to stay at home.

At Politeama Rossetti the day begins at 11:00 with the out of competition feature film Ága, by  Milko Lazarov (BG-D-F, 2018, col., 96’). In the wild and snowy lands of the north, Nanook and Sedna dream of the day they will be able to reunite with their daughter Ága, who has left the traditional way of living a long time ago.  It’s the story of an Inuit couple holding on to their tradition while global warming and modern world are invading this remote land. Best film at the latest Sarajevo Film Festival.
The programme continues at 14:00 with the first special event, Touch Me Not by Adina Pintilie (RO-D-CZ-BG-F, 2018, col., 125’), Golden Bear at the latest Berlinale. A director and his characters venture into a personal research on intimacy. Between reality and fiction, the film follows the emotional journey of Laura, Thomas anc Christian, providing an intense and deeply emphatic insight into their inner lives.
At 16:15 the scheduled screening is Ether (Eter) by Krzysztof Zanussi (PL-UA-H-LT-I, 2018, col., 117’), which tells the story of a military doctor at the beginning of the 20th century and the scientific experiments he conducts to put human beings under his willpower. Eter is the reinterpretation of the Faust myth by the great Polish director Zanussi. The author will attend the screening.
At 20:00, the award ceremony.
Immediately after the ceremony, the screening of The White Crow by Ralph Fiennes (GB-USA-F-SRB, 2018, col., 122’): Rudol’f Nureev, from his difficult childhood in the Soviet city of Ufa to his blossoming as a ballet student in Leningrad, until his arrival in the heart of western culture, the city of Paris in the early 60s. The White Crow is the story of the incredible journey of a unique artist who changed the  world of ballet forever.

The day starts at 11:00 also at Cinema Amabasciatori, with the out of competition documentary Srbenka by Nebojša Slijepčević. In the winter of 1991, during the war, a 12-year old Serbian girl was murdered in Zagreb. 25 years later, director Oliver Frljić is working on a theatre play about the case: rehearsals become a collective psychotherapy and the 12-year old actress Nina feels as if the war had never ended. The author will attend the screening.
At 14:30  begins ‘Born in Trieste’ with Bridges of Time (Laika Tilti) by A. Stonys e K. Briede (LT-LV-EST, 2018, col. & b-w, 78’). The great lithuanian documentarist Audrius Stonys portrays the less-remembered generation of cinema poets of the Baltic New Wave in the Sixties. The author will attend the screening.
Scheduled at 16:30, My Unknown Soldier (Muj Neznámy Vojín) by Anna Kryvenko (CZ-LV-SK, 2018, col. & b-w, 79’), an unusual insight on the 1968 occupation of Czechoslovakia. By weaving together rare archival footage with her own Soviet military great-uncle, the film shows how history destroys the lives of ordinary people. The author will attend the screening.
At 18:30 will be the time of Alla ricerca di Europa – Looking for Europe by Alessandro Scillitani (I, 2019, col., 63’). Pietro Tassinari, hsitorian and skipper, and Paolo Rumiz, writer and traveller, cross the Mediterranean between the turkish and greek islands, searching for the traces of the ancient myth, between legends of yesterday and fears of today, looking for Europe. The author will attend the screening.
For ART&SOUND, at 21:30 King Skate by Šimon Šafránek (CZ, 2018, col. & b-w, 82’), first documentary about the rising popularity of skateboarding in  Czechoslovakia in the seventies and eighties. An engaging tale about the search for freedom in a society stifled by the communist regime. Unique archive shots and a compelling punk soundtrack will introduce us to local masters of the board and their never ending parties during the days of Normalisation. The author will attend the screening.

At 11:00 meeting for the walk “A walk throught the Trieste of cinema” by  Nicola Falcinella. Starting from Teatro Rossetti, a journey throught the Trieste of Viale XX Settembre and its surroundings, the streets of the modern cinemas and the first projections at the end of the Nineteenth century, and then on to the Teatro Fenice and Rossetti itself. A walk through the locations of “Senilità” and “La sconosciuta”, as well as “Giulia e Giulia” and “La forza del passato”. And then also at the historic Caffè San Marco, location of films based on Svevo’s writings but also of “Nora” about James Joyce and “Paprika” by Tinto Brass.
At 17:00 Caffè Rossetti hosts the  Ildikó Enyedi’s Masterclass. The Hungarian director and scriptwriter was a member of the Indigo artistic collective and of the  Studio Balázs Béla, the only indipendent film studio in th whole Easterrn Europe before 1989. Her film, My 20th century, has been selected as one of the best 12 Hungarian films of all times and was awarded with the Caméra d’Or at the Cannes Film Festival 1989. In addition to the awards for her work as a filmmaker,  Enyedi won several prizes as a screenwriter, gaining the Hartley Merrill International Screenwriting Price for best European Script. In 2017 she won the Golden Bear at the Berlin International Film Festival for her film Body and soul.
At 22:00 the concert Almost Happy Concert at the Loft: a wave of 80s music to end the day. The Almost Happy will offer all the best (and the worst) of the 80s music: from Peter Garbiel to Simply Red, from Wham! and Lionel Ritchie to Boy George and Depeche Mode. A good mix of energy and fun.[:]