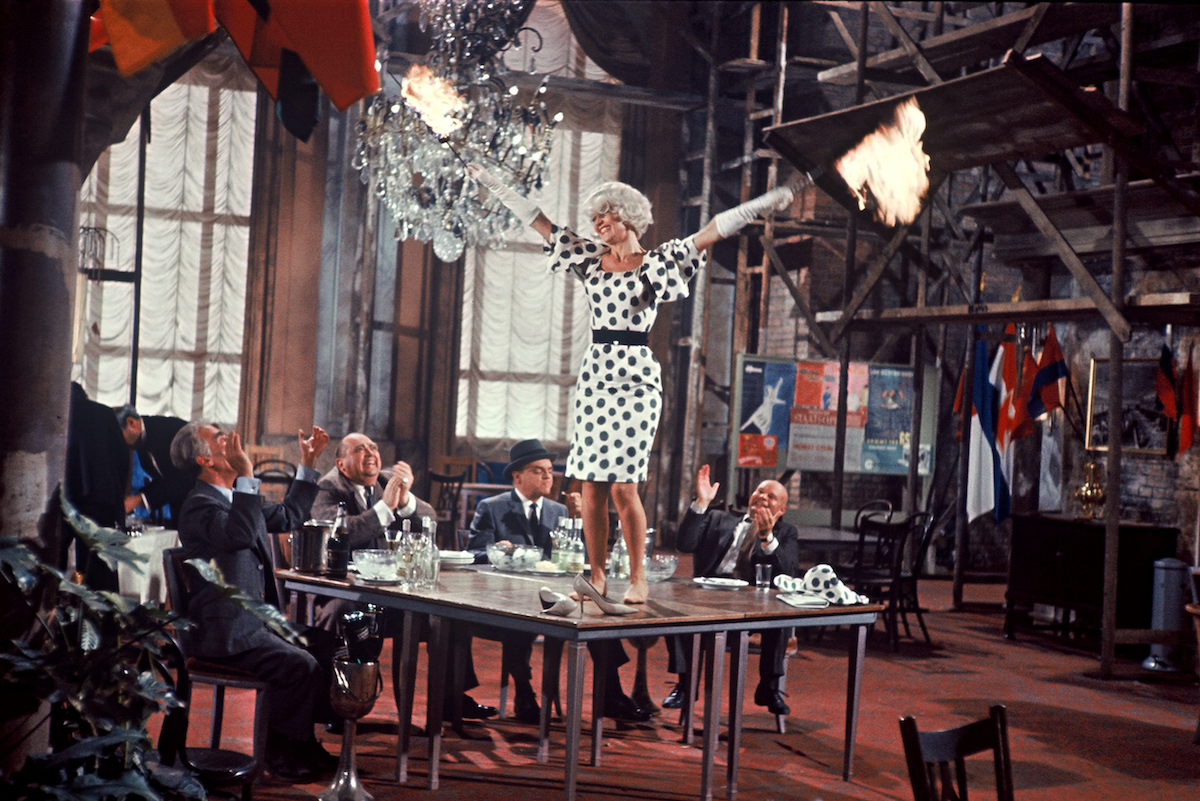 YOUR SUNDAY AT THE FESTIVAL

The programme of the day begins at Politeama Rossetti at 11:00 with One, Two, Three by Billy Wilder (USA, 1961,  b-w, 108’) for the section ‘Tales from the Berlin Wall’. Foreign affairs were never funnier as when a high-powered cola executive turns West Berlin upside down in search of his boss’ hare-brained daughter.
Following after, the cinebrunch (reservation required) at 13:00 at Caffè Rossetti, to enjoy sweet and savory delicacies.
For the documentary competition, the appointment is at 14:00 and 16:30, with Occupation 1968 (Okupacia 1968) by Moskvina, Dombrovszky, Skymków, Scheidt e Komandarev (SK-CZ-PL-BG-H, 2018, col. & b-w, 130’) and with Chris The Swiss by Anja Kofmel (CH-D-HR-FIN, 2018, col. & b-w, 90’).
Occupation 1968 is the occupation as occupants see it. 5 countries of the Warsaw Pact occupied Czechoslovakia in 1968. 50 years later 5 directors from these countries have made a short film about invasion from the point of view of the people who took part in it. The author will attend the screening.
Chris The Swiss tells the story of a fascinating research: Croatia, January 1992. In the middle of the war a young journalist’s body is found dressed in the uniform of the international mercenary group PIV. Twenty years later, the cousin of the young man, director Anja Kofmel, decides to investigate his story, trying to understand what really happened. The author will attend the screening.
At 18:30, for the feature film competition, will be screened Alice T. by Radu Muntean (RO-F-S, 2018, col., 105’). In competition at the latest Locarno Film Festival (where Andra Guţi was awarded Best Actress), the film is the story about a teenager dealing with the difficulties of becoming an adult and her conflicted relationship with her adopted mother. The author will attend the screening.
At 20:30 it’s the turn of  Fugue by Agnieszka Smoczynska (PL-CZ-S, 2018, col., 100’): Alicja has no memory of her past, but has managed to build herself a new life and identity. When her family finds her, she doesn’t want her old life, until bits of memories begin to come back. Gradually, her new and old identities merge, allowing for an unsettling self-discovery. The author will attend the screening.
Immediately after, the presentation of the SKY ARTE AWARD.
At 22:30, the animation film Ruben Brandt, Collector (Ruben Brandt, A Gyüjtö) by Milorad Krstić (H, 2018, col., 94’) is a tribute to the great art (especially of the 20th century), with a hint of irony about psychoanalysis. The author will attend the screening.

Cinema Ambasciatori opens the day at 11:00 with the documentary  Caporetto (Kobarid) by Christian Carmosino Mereu (I, 2019, col., 100’), which tells the war, the defeat, the failure of power politics, the massacre of soldiers and civilians, and it does so by listening to the voice of the mountains, the forests, the trenches and the multitude of anonymous soldiers. The author will attend the screening.
At 14:30, for the Corso Salani Award the event begins with A breath of water by Claudia Cipriani (I, 2018, col. & b-w, 75’),  the story of a diver who was involved in the rescue of the Costa Concordia, and the story of a friendship between a man and a child: Claudia’s son. The author will attend the screening.
At 16:15 it’s the turn of  The untamed words by Ana Shametaj (I, 2018, col., 68’): twelve young actors, a poet and a director spend three months in a theatre immersed in nature: getting lost in an isolated space to find their true role and make poetry a community event. The film is produced by Jacopo Quadri, one of the most important editors of Italian cinema. The author will attend the screening.
At 17:45 appointment with the documentary out of competition The lions of Lissa by Nicolò Bongiorno (I-HR, 2018, col., 76’). An action and adventure documentary that evokes the history of the legendary  naval battle of Lissa (1866), a disaster for the newly formed Italian state but that tells also the story of underwater exploration of sunken wrecks. The narrative develops between the waters of Lissa, in the heart of the Adriatic sea, starring also its inhabitants of today. The author will attend the screening.
The last three appointments for the Corso Salani Award will be at 19:30, 20:45 and 22:30, with My home, in Libya by Martina Melilli (I, 2018, col., 66’), LikeMeBack by Leonardo Guerra Seràgnoli (I-HR, 2018, col., 82’) and La regina di Casetta by Francesco Fei (I, 2018, col., 79’).
With  My home, in Libya, Martina wishes to give back to her grandparents, who lived in Libya until 1970, their memories through the view of today’s Tripoli. Unable to travel, she asks Mahmoud, a young Libyan who begins to tell her about daily life under terrorism. Soon they develop a close relationship, despite being so far away.
In LikeMeBack three friends take a vacation on a boat near a beautiful island in Croatia to celebrate graduating from high school, unaware that posting everything on social media will change their friendship forever. Starring three young emerging actresses of Italian cinema: Angela Fontana, Denise Tantucci, Blu Yoshimi.
The Queen of Casetta is kind of a minimal story, but steeped in poetry, which won the ‘Festival dei Popoli’ in Florence last year. The film tells the story of a year lived with Gregoria; the only girl living in a remote village in the Apennines, with only 10 inhabitants.

The walks of the TSFF continue, starting point the Casa del Cinema at 10:30 for the walk From Alpe Adria Cinema to Trieste Film Festival – 30 of places in the city, by Marzia Arzon. The walk will cover the physical locations where the festival has taken place since its creation to screen films, hold concerts and excite its audiences year after year.
At each stop of the tour, a memory, a project to remember, to show that the festival has always been and continues to be a bridge, not just metaphorically, for the city of Trieste.
At 10:30 it’s time also for the event The days of italian independent distribution at Caffè Rossetti. The meeting of this year, made possible in partnership with the SNCCI, the Italian National Association of Cinema Critics, focuses on several themes that are most pressing to the world of independent distribution like for example, the growing success of film releases as special events on fixed days.
Two more meetings will follow: at 17:00 Sky Arte channel presents the tv series Urban Myths/ When Bowie met Bolan: the recounts of the colourful first meeting of the two still teenage musicians.
At 18:00 appointment with Jacopo Quadri masterclass:  film editor, director and producer, Quadri was born on the 17th November 1964 and in his career has worked at over 90 feature films and documentaries presented in the most famous international festivals, gaining important awards such as the Venice Grand Special Jury Prize, the Golden Lion and the Golden Berlin Bear.
Today, like everyday of the festival, Caffè San Marco hosts at 11:00 the Q&A with the festival guests.
Always at Caffè San Marco, at 12:00 will take place the event 20 anni di Doc/IT (20 years of Doc/IT): the association Doc/it celebrates its twentieth anniversary in a public meeting where past and future events will be presented.
And for the little guests of TSFF, two workshops: Family Lab – The science behind snacks at 11:00 and 15:00 at the Immaginario Scientifico, and Inside the Camera Obscura by La poltrona viola at 11:00.
The Immaginario Scientifico will host also the Short Films in Kaleido from 10:00 to 18:00: a selection of short films for children by the Trieste Film Festival that will be shown on maxi screens.[:]